These are a few of my favorite songs - solo (double bass, voice, loop)

What a wealth of possibilities the combination of double bass, loop station and celestial vocals produces!

Jorge starts is solo project recording two albums: These are a few of my favorite songs (playing Radiohead, Massive Attack, Björk covers) and To drop and let go with his own compositions. Both albums were recorded only with two instruments: Bass and voice.

Jorge da Rocha presents a show in which the double bass plays the lead character in a variety of musical roles. Jorge presents a mixture of his own compositions and some crowd favourites, interpreted in a unique and individual way. Double bass, voice, percussion and a loop station in the hands of a single musician who searches for new routes to arrive at the same destination: the heart and soul of the listener.

The project can be seen as an investigation of new techniques of playing this very special instrument. It is also the discovery of a new instrument for this musician - his own voice. Jorge performs a repertoire containing a curious mix of styles from Bob Marley to Bjork or Radiohead, and from Amy Winehouse to the White Stripes. 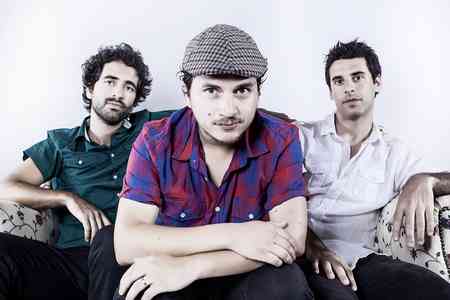 Matías Muñoz (piano), Joao Vieira (drums) and I have been playing together as Mosaico Jazz Trio since 2009. Over the years we've established a very strong musical connection, which you can hear and feel in our shows, and in this project I've found a place to really express and develop my creativity without limits. Our last album (Reflejos) contains original compositions by each different member of the group and features Raynald Colom (trumpet), Dani Peréz (guitar) and Mû (voice). Mosaico's music is based on the creation and composition of original pieces influenced by a variety of different musical styles: essentially we are a jazz trio drawing on rock, pop, electronic and classical roots. 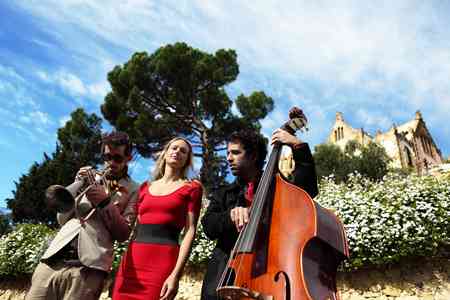 In 2010 Samantha de Siena invited me to collaborate in the live presentation of her debut album, Here Inside, along with Ismael Dueñas (piano) and Nicholas Talvola (trumpet). Since our first meeting we've developed a strong musical connection and have played a number of venues and festivals together in different formats from an intimate duo to a full band of seven musicians. In 2012 we recorded her second album, Lifting the Veil (produced by Suso Sáiz), which we presented in Luz de Gas for the 45 Voll Damm International Jazz Festival.
In this project I've found a place to develop my musical sensitivity and have learned a lot about details, arrangements, the importance of the lyrics, the relationship between the different instruments in the group and my own capacity to adapt to different musical formats.
Saber más

I met Anna when she was living in Barcelona. Both the beauty of her compositions and the presence of electronic elements captured my attention. I love how our instruments (vibraphone and double bass) fit together and the freedom I feel while playing her music. Our collaboration was temporarily interrupted by her move to Berlin, but in 2012 we met again to record her third album. The musical complicity that I experience when we play together makes me believe that we will play together again in the future.

Danny the Lip & The Downlow

Full of energy! With this group I have had the opportunity to develop the power and the sound of my instrument getting into the realms of rock, funk, and blues.
A fun group with a vibrant, energy-filled show playing a number of well known cover songs. The group consists of singer/harmonica, piano, double bass (or electric bass) and drums. The Downlow plays regularly in prestigious clubs in Barcelona and has a lot of experience playing in public and private events.
Saber más

With this trio I've begun to learn about flamenco, a musical style I really respect which is largely an unknown world to me. The group includes Isabel Vinardell (voice) Jordi Rodriguez (guitar) and myself (double bass) and together we play an elegant show in tribute to some of the most well known Spanish flamenco music. This trio plays regularly in different kinds of events and celebrations.